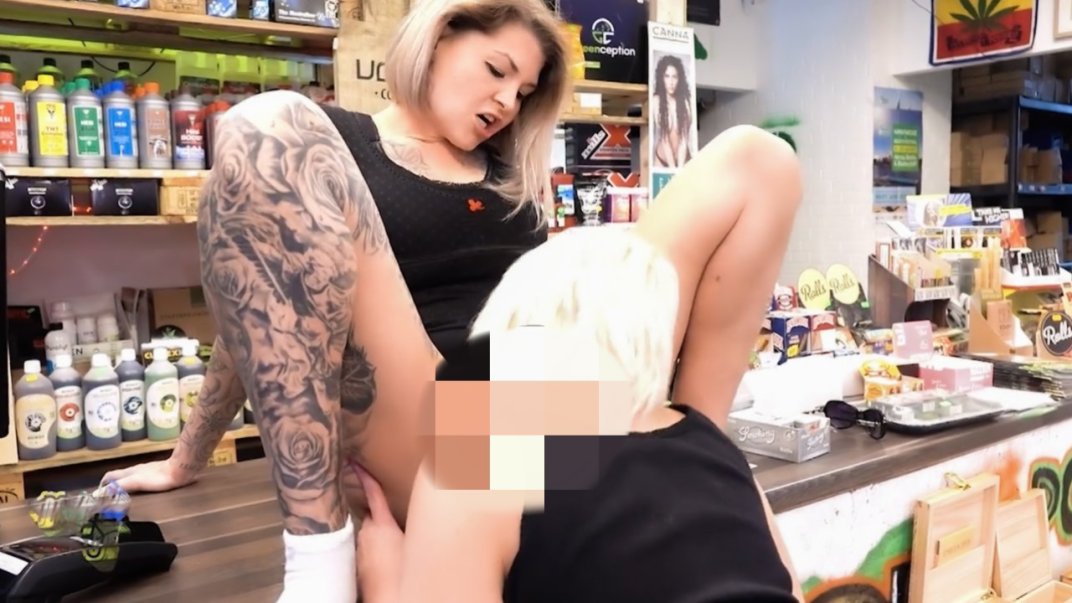 The slump in the coffee shop with blatant consequences!

It's funny what happens when you stroll with your best friend in the city shortly after closing time. When I was looking for a side street with her to pee quickly, we found a door that looked somehow inviting. My girlfriend tried to convince me that the door was definitely open. That was the case, but I definitely didn't want to make the mistake I made at the Oktoberfest and let the police catch me! Somehow she had managed to persuade me. But we didn't actually break in either, because after all the door wasn't locked. After looking around the warehouse and shop for a while, it was clear to me that we had entered a coffee shop that not only sells accessories, but also the prohibited stuff. I do not know now whether it was the slightly sweet and substance-laden air or whether I was just horny, but somehow I felt like having fun with my girlfriend in this forbidden place. Unfortunately we did not know that our horny pussy licking and the break-in itself was already recorded by the surveillance camera. And as if it couldn't have gotten any worse, the shopkeeper caught us while I licked the wonderfully wet cunt from my girlfriend in the middle of the counter! What we have now come up with to make the shopkeeper mild after all, you better take a look yourself.